Is Santa Claus Holy? Will He (Satan) Be Victorious? If You Honor Him, You Will Agree

For Anyone, Picture Studies | 0 comments 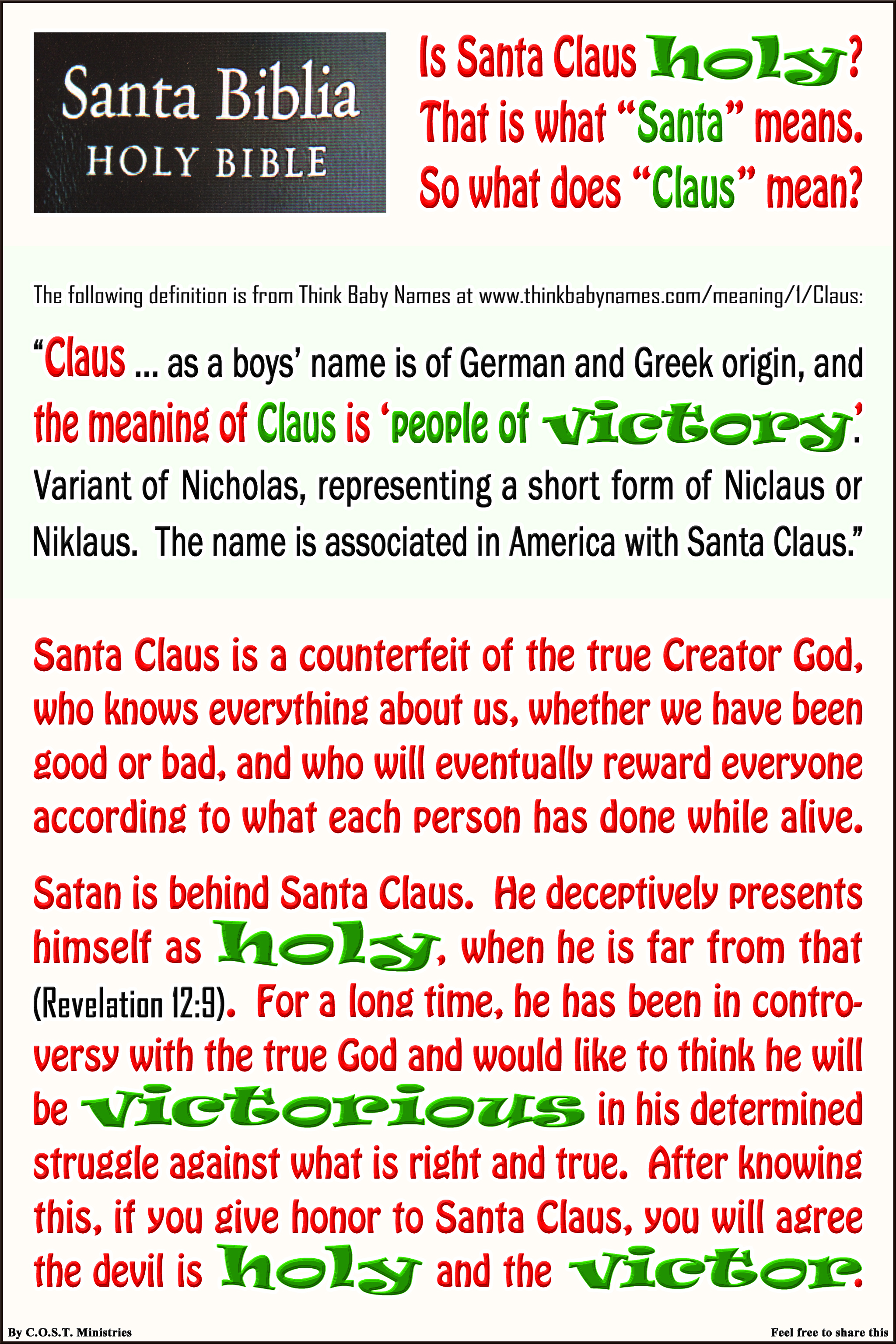 Here is the wording on the picture (all-caps added for emphasis):

Is Santa Claus HOLY?
That is what “SANTA” means.
So what does “CLAUS” mean?

The following definition is from Think Baby Names at www.thinkbabynames.com/meaning/1/Claus:

“CLAUS … as a boys’ name is of German and Greek origin, and THE MEANING OF CLAUS IS ‘PEOPLE OF VICTORY’. Variant of Nicholas, representing a short form of Niclaus or Niklaus. The name is associated in America with Santa Claus.”

Santa Claus is a counterfeit of the true Creator God, who knows everything about us, whether we have been good or bad, and who will eventually reward everyone according to what each person has done while alive.

Satan is behind Santa Claus. He deceptively presents himself as HOLY, when he is far from that (Revelation 12:9).

“And the great dragon was cast out, that old serpent, called the Devil, and Satan, which deceiveth the whole world: he was cast out into the earth, and his angels were cast out with him.” (Revelation 12:9 KJV)

For a long time, he has been in controversy with the true God and would like to think he will be VICTORIOUS in his determined struggle against what is right and true. After knowing this, if you give honor to Santa Claus, you will agree the devil is HOLY and the VICTOR.